On Thursday we all came to school dressed up as our favourite nursery rhyme characters. The costumes were fantastic! We loved guessing who everyone was. The children had a shock when they walked onto the playground because they were met with a crime scene. There was lots of broken egg shell and yolk on the ground, and it was all taped off. Someone had pushed Humpty Dumpty off the wall! We spent the day examining the evidence to find the culprit. We dressed up as police officers and made lots of notes and predictions.

In the end we decided that Humpty had fallen by accident but that the floor was just too hard and he had cracked. We spent the rest of the day conducting a fair test to find a better material to put below Humpty in case he falls again. The children used some fantastic language to describe the materials. The foam was too bouncy, the stones were to sharp, the straw was too flimsy. Finally we decided the fluffy inner of a cushion was just right. We did end up with a few cracked eggs in the process but we hope we have helped Humpty out. 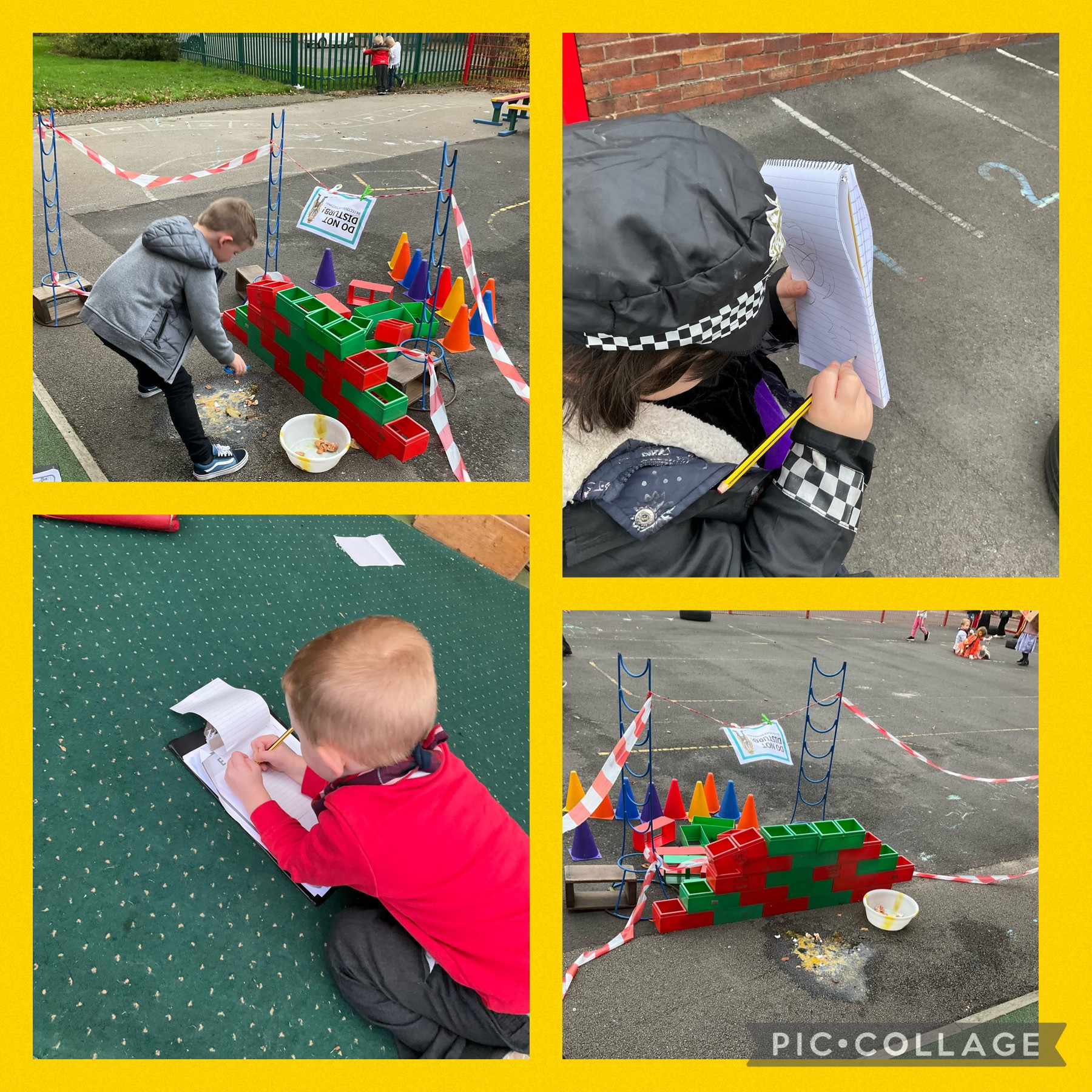 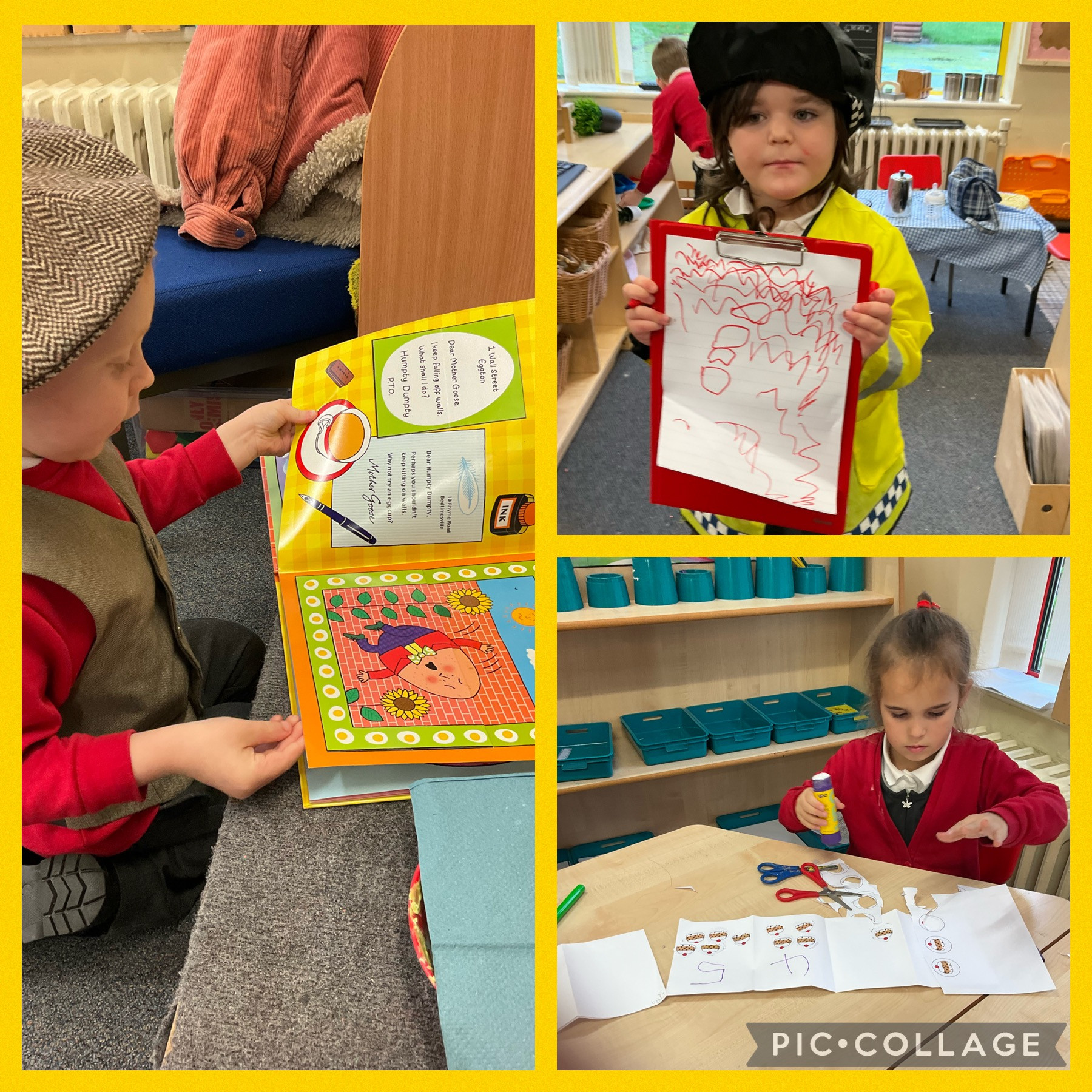